Someone mentioned Elementary OS and how you would set it up to do .NET Development. In the past it would have been a little more challenging, however it seems pretty straight forward with the Juno release. Let’s get started. 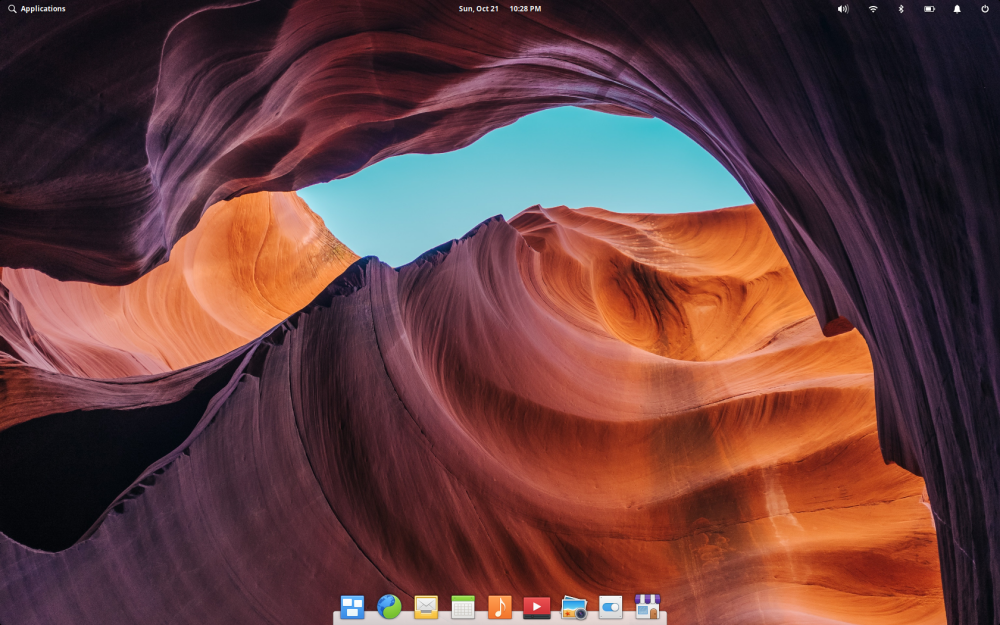 We need to work with installing a few debian packages and elementary doesn’t come with a graphical debian package installation tool by default.

Launch the App Center and search for a tool called Eddy. Click on it and then run Install. 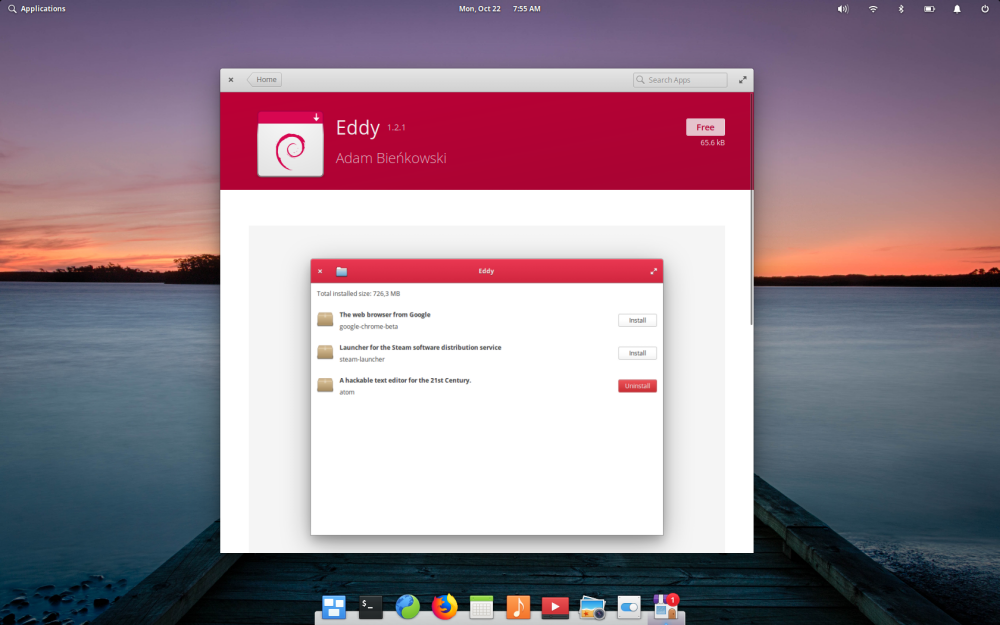 After Eddy is installed we can start working on the other tools that we need.

We are going to install the .NET Core SDK. Since Elementary OS 5 Juno is based on Ubuntu 18.04, we can follow those installation directions from the .NET home page. We cannot run the dpkg command since that tool isn’t installed by default on Elementary.

Now that it has been downloaded, open the folder where you downloaded it and click it once to launch Eddy to install it. 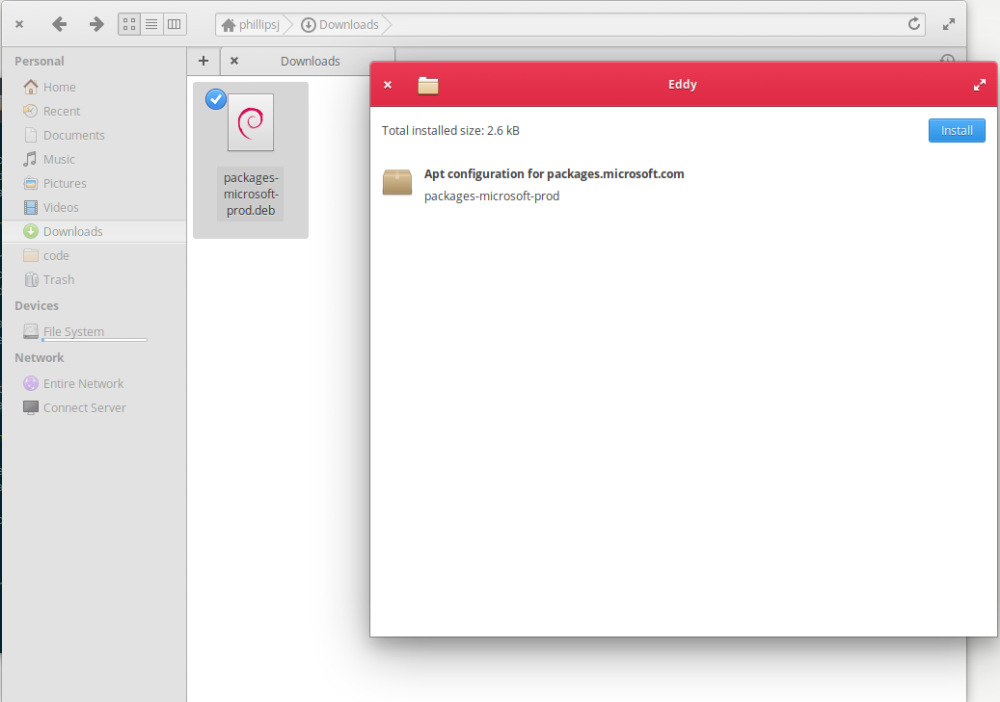 Now we can hop back to the terminal and run the remaining commands.

When that is finished, let’s test it out and make sure that everything install correctly.

Looks like we have a working .NET Core installation, now we just need a development environment.

This is all personal preference at this point. I know many people that use vim and emacs to do .NET. Elementary has a really nice app called Code that is already installed that can do C# syntax highlighting and I am sure that an extension could be written to provide omnisharp support. With that said, I prefer VSCode as I can use it everywhere.

Go to the VSCode page and download the debian package. 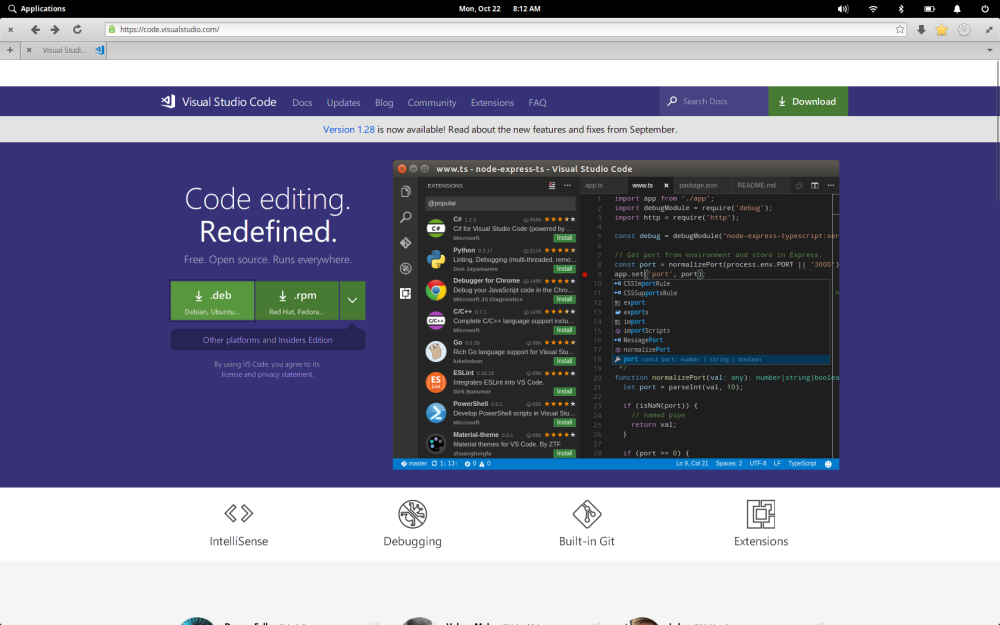 Again we are going to use Eddy to install it. 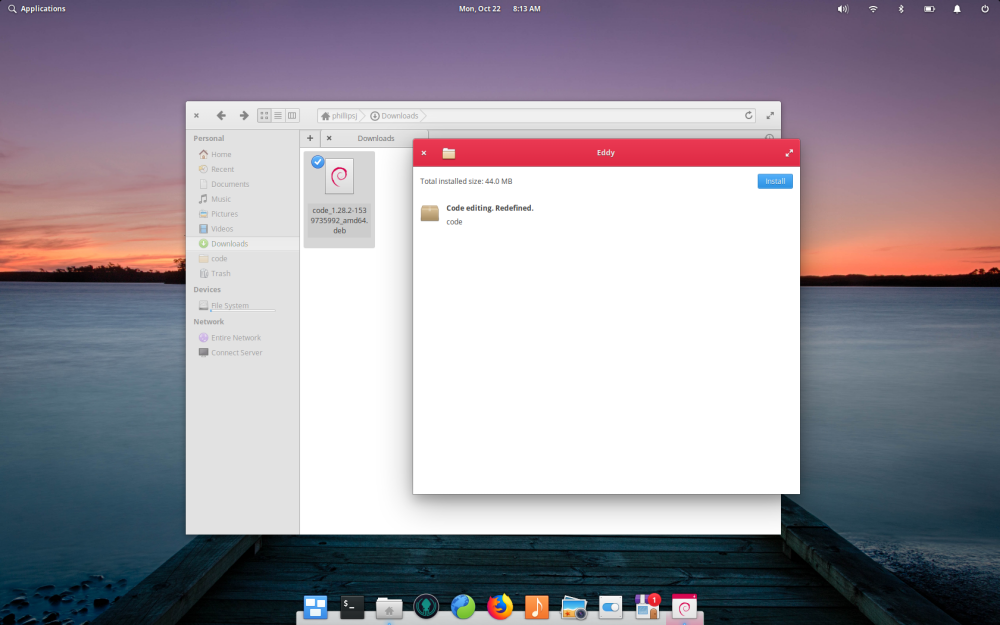 Once installed just hit super key + space bar and type vs and it should pull it up. 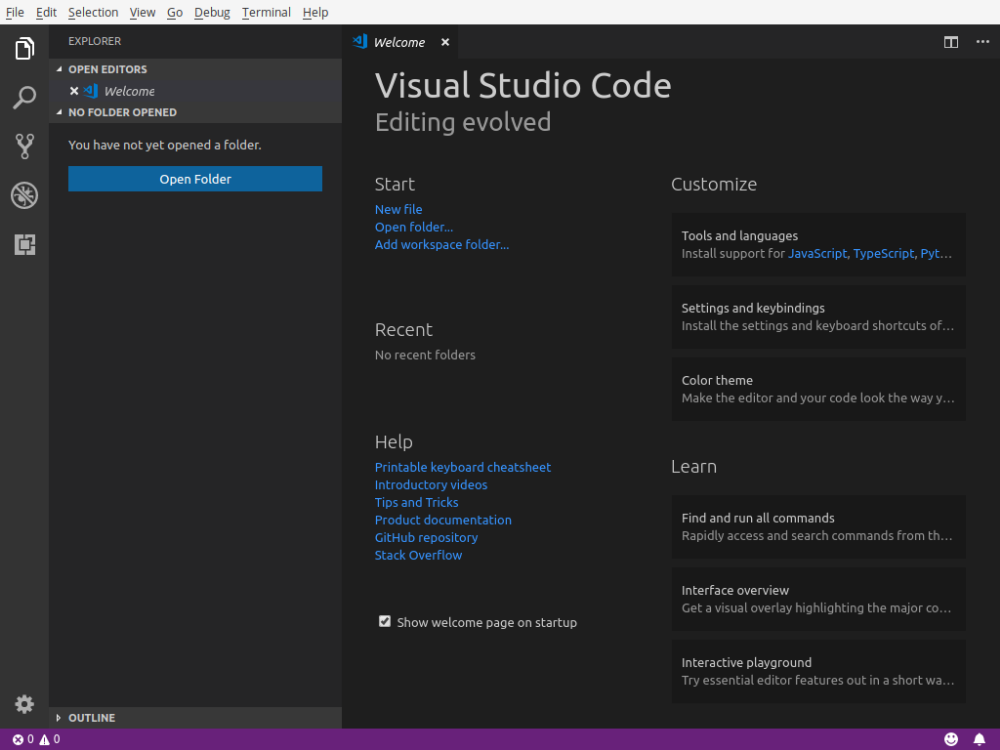 I really enjoy the aesthetics of Elementary. The feel of using it is very unique and elegant. Many of the apps it has work very well and I like the fact that Solorized themes are available for the terminal and Code editor. The default terminal configuraiton is pretty slick and has some of that Oh-My-Zsh feel to it, but it’s Bash. I feel most people will really enjoy using it and some of the small details haven’t been forgotten.

My biggest quibble is that it isn’t like a typical Linux distro. A debian package installation tool isn’t installed by default and neither is a system monitor. Both of those items are things I use pretty regularly. Lastly, some of the UI features I personally find frustrating like the choice to not have minimize and maximize buttons like MacOS. Not having this feature alone is almost the deal breaker for me.